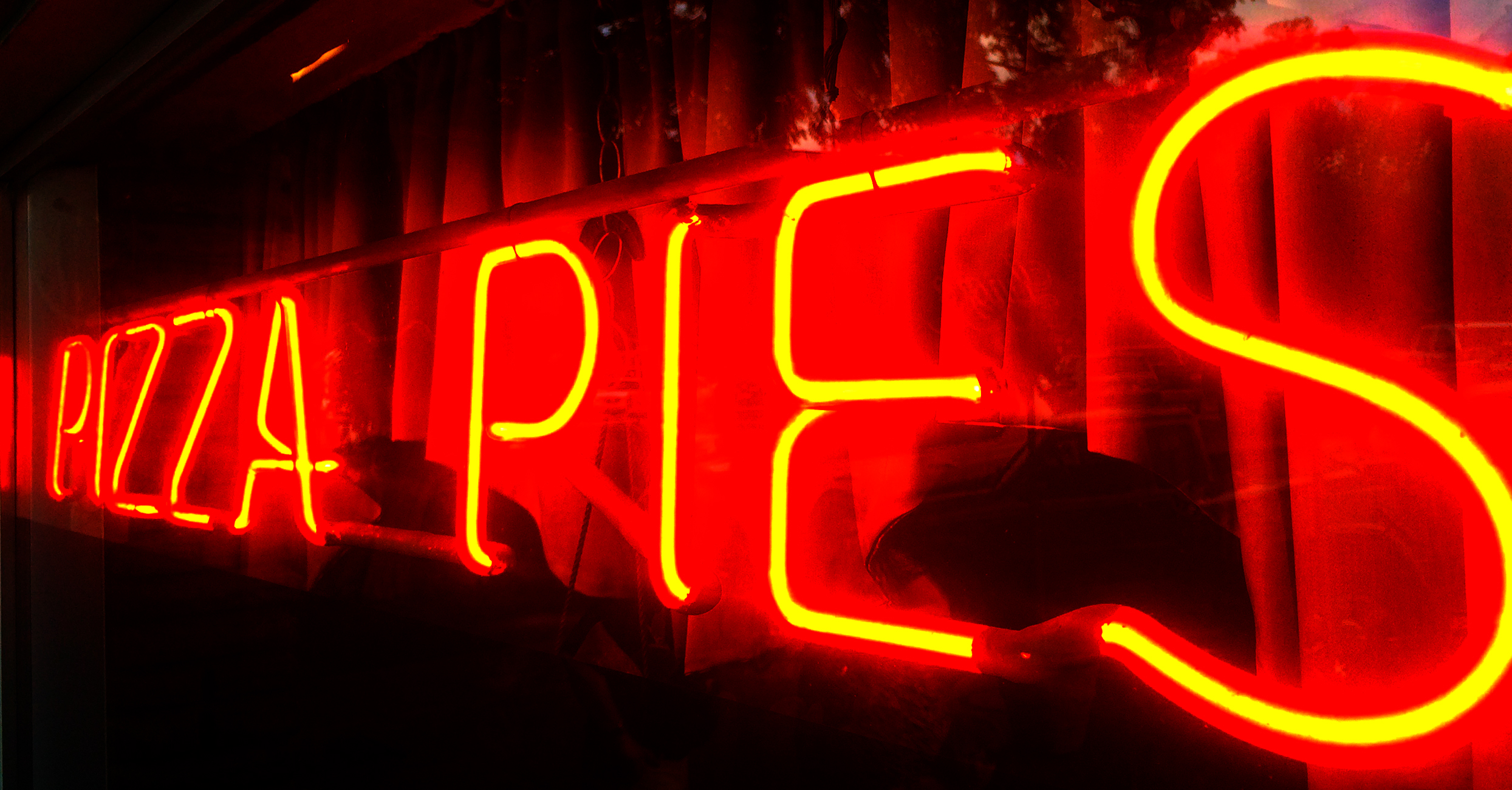 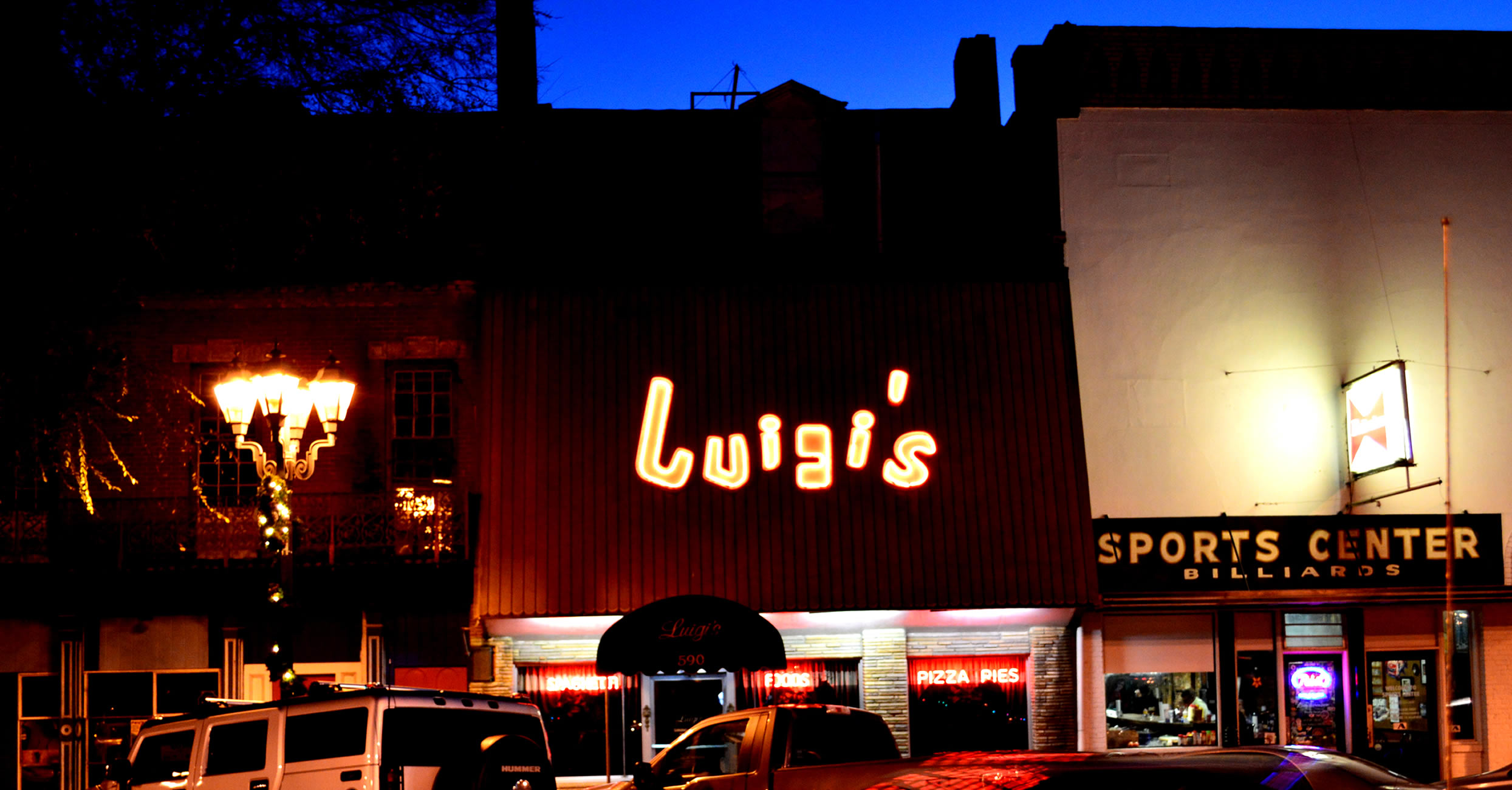 Baking Pizza Pies in Augusta since 1949.

In 1949, Nicholas “Papou Nick” Ballas opened the doors to what would become Augusta’s oldest family-owned restaurant.  Born in Mytilini on the island of Lesvos, Greece, Nick came to the United States in approximately 1920 to begin a new life for himself.  After migrating to the south from New England, he worked in catering until the opportunity arose to begin his own business. Because few were familiar with Greek cuisine, Nick created a menu with mostly Italian creations, despite his own Greek heritage. The small restaurant with a northern flare quickly became a hub for businessmen, soldiers, and families.

In 1954, Nick’s health began to fail. To help with the business, Nick’s son Chuck and Chuck’s wife Penny moved down from Massachusetts, with their three children in tow, Cynthia, Debbie, and Chuck Jr.  The couple went to work, falling in love with Augusta for its southern charm, good schools, and clean environment.  It didn’t take long for Chuck and Penny to add their own touches to the restaurant and they quickly became involved in the community. 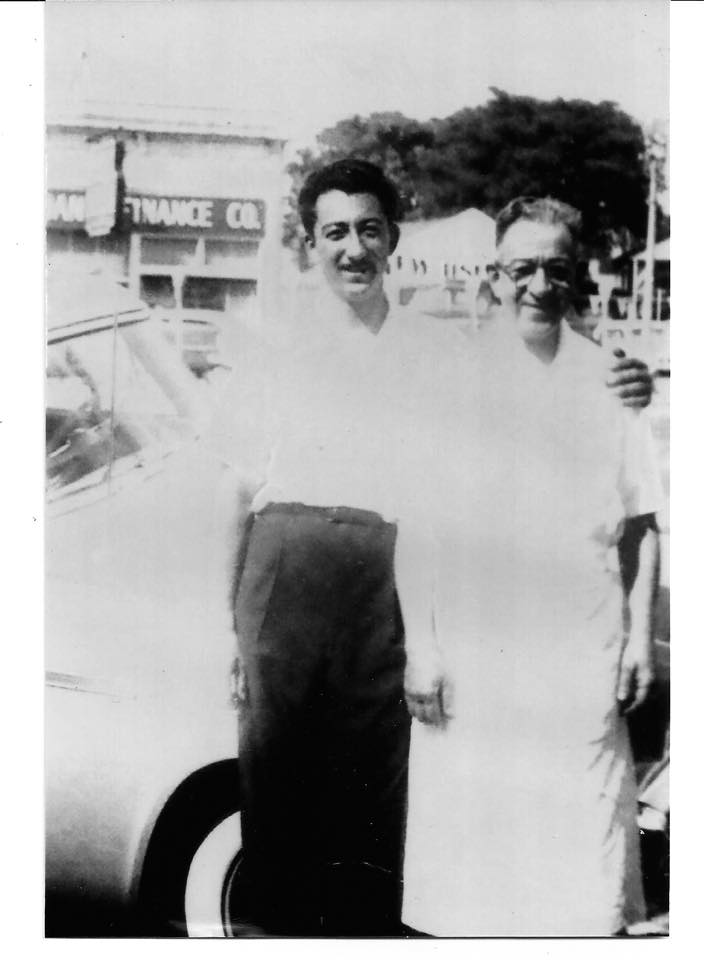 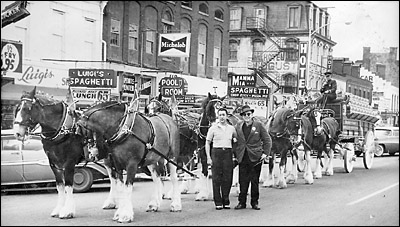 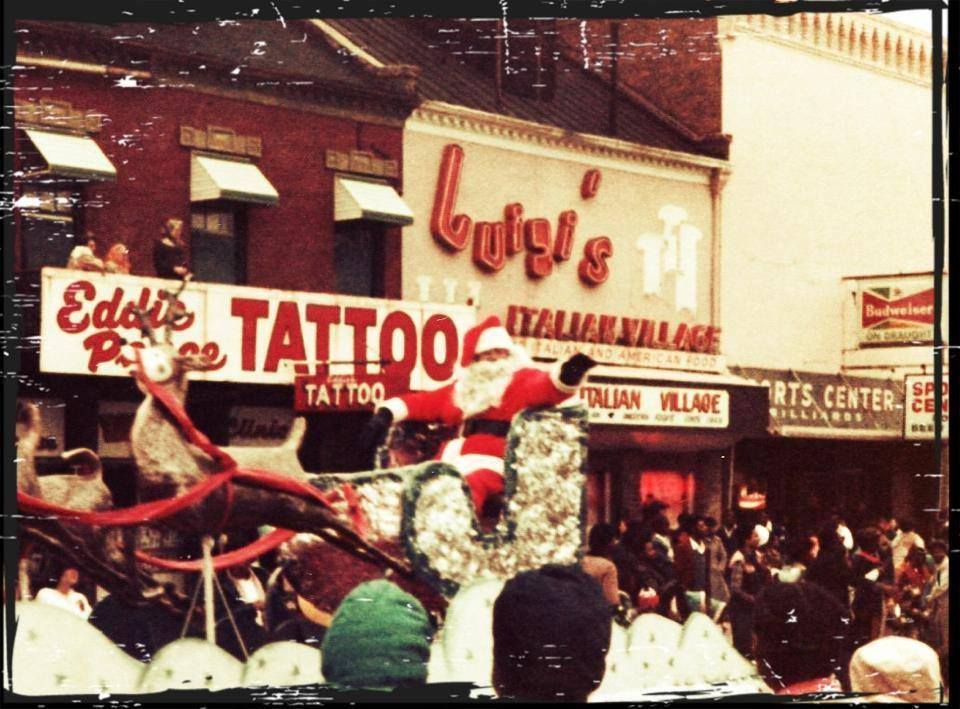 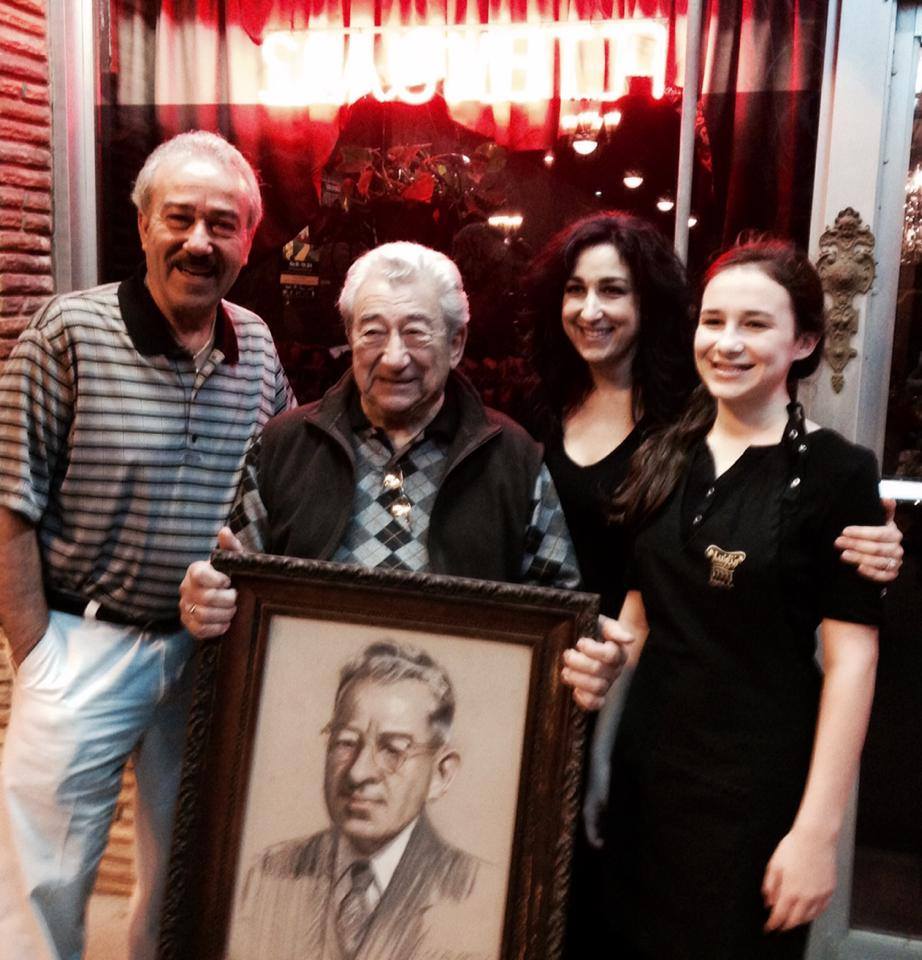 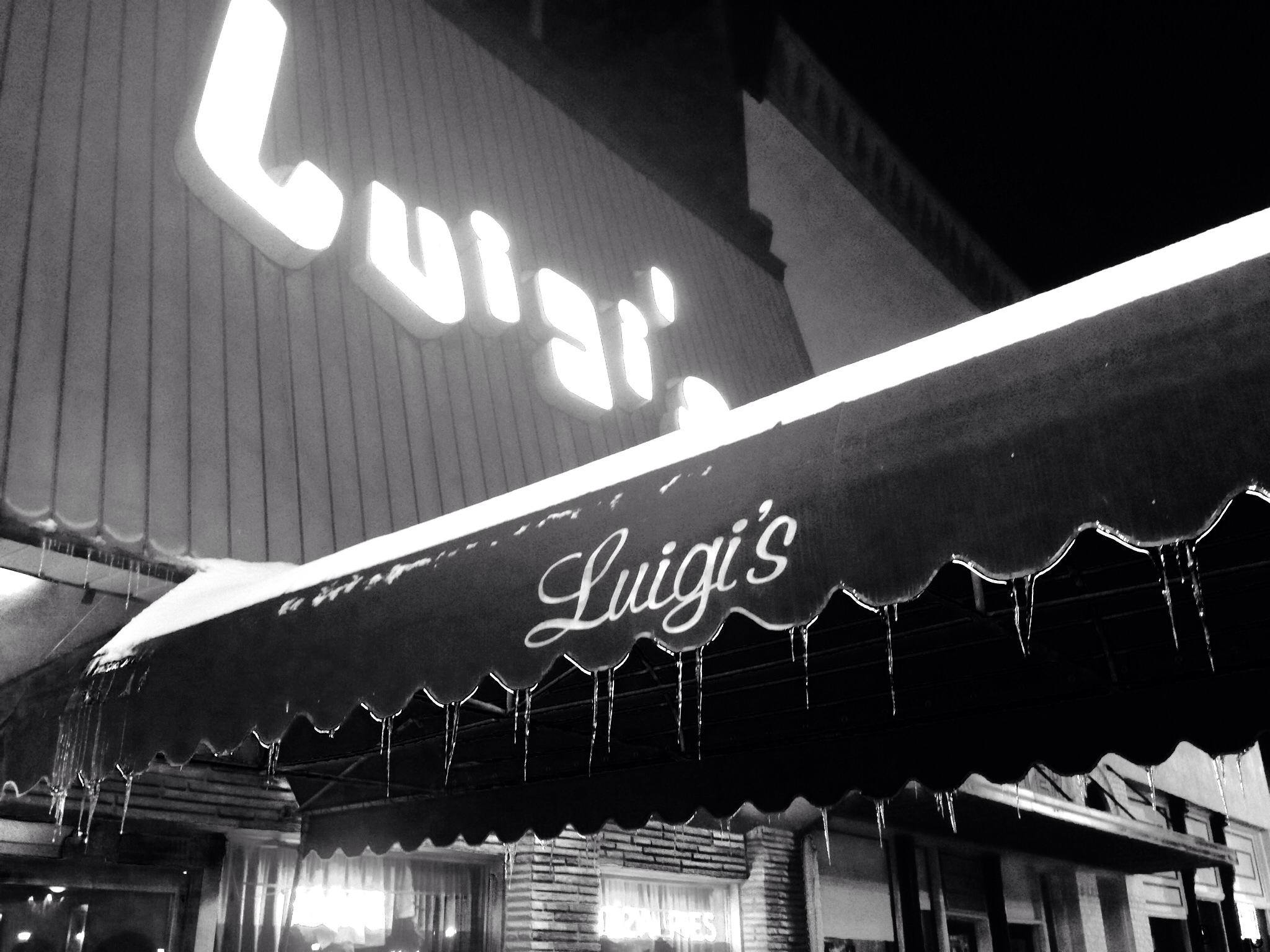 Chuck and Penny became the sole proprietors of Luigi’s when Nick died unexpectedly in a car accident in 1960. By that time, the couple was fully immersed in the community and continued on with the restaurant, working side by side.  Chuck, particularly, had fallen in love with the golf community, as evidenced by the golf memorabilia that dots the restaurant’s walls to this day. In the early days of the Masters tournament, Chuck would buy tournament tickets and distribute them to his clientele. As history would have it, Luigi’s became a popular dining spot for many of the tournament’s golfers, members, and various celebrities.

In 1988, Chuck was ready to retire from the restaurant business.  His son Chuck Jr., with his wife Debi, had been running a small pizza place called Lil’ Luigi’s for over ten years. It was then that the business passed from the second to third generation. Chuck Jr. ran both restaurants for a time, but wound up selling Lil’ Luigi’s to his cousin, who ran it for a few years before it closed.  Just as Chuck and Penny’s children grew up working the family business, Chuck Jr. and Debi’s three children, fourth generation Penelope, Bebe, and Claudia, did the same over the following decades.

In June 2017, we lost our beloved father and grandfather, Chuck Sr. at the age of 91. There is no doubt he is swinging a golf club on the most beautiful heavenly course and watching over the generations he left behind with pride.

To this day, Luigi’s has remained an Augusta tradition. Chuck Jr. continues to operate the business.  His mother, Penny, still makes the Greek appetizers and pastries and can be found on any night sitting at the “family table.”  Chuck’s oldest daughter Penelope Ballas-Stewart works side by side with her father as hostess and manager.  On any given night, you may find a member of Luigi’s fifth generation present or being groomed in the family legacy….all beneath the portrait that hangs at the front of the restaurant of the man who began it all… “Papou” Nick.

“I've been eating here for over 30 years. Love the atmosphere and the staff. I highly recommend the baked spaghetti and cheese stuffed pastry Ask for Penelope , she will take good care of you . "

"One of the Augusta staples for great food, service, and family feel. Luigi's is a regular every Friday night spot for us. Our family has been enjoying the great meals for as long as I can remember!!"

"Having traveled and enjoyed Greek and Italian cuisine, I must say Luigi's rates outstanding. I love the old-world, warm, family atmosphere. The food is outstanding ... their Greek Chicken surpasses all other I've had. You can't beat the friendly service. And the price is more than reasonable. I'm looking g forward to my next Luigi's dining experience."

“Four generations of my family have always enjoyed going to Luigi's. My problem is I have trouble deciding what to order I have so many favorites. Greek chicken of course,Greek pork chops, T-bone steak,veal Parmesan,Greek salad,and the best pizza in town. It is no wonder why it is always full of locals who eat there regularly. "

Please note, due to the size of our dining room, we do not take reservations.  All seating is first come first served in order to help minimize any wait time.  For parties of 6 or more, your party must be complete before being seated.  Please contact us with any other questions.  We look forward to serving you!